time for a better recycling plan

Tonight I was out for a bike ride and had plenty of reminders of a problem that's gotten out of hand: using Waste Management to pick up our recycling. I never saw a significant problem with broken glass on the pavement until they started handling our recycling. Now the areas around where recycling cans were picked up have a LOT of broken glass - on streets and in alleys.

To make matters worse, their recycling operation is a major conflict of interest, as they handle both recycling and dumps. Their rejection rate for allegedly contaminated recycling bins is much higher than that of other haulers. As owners of dumps, where they make money on loads taken there, they have a strong incentive to reject recycling as contaminated. If you want more detail, click here and read on.

The broken glass problem is a hazard to children, dogs and people riding bikes. It's also the proverbial last straw for me, on top of their ridiculous conflict of interest. 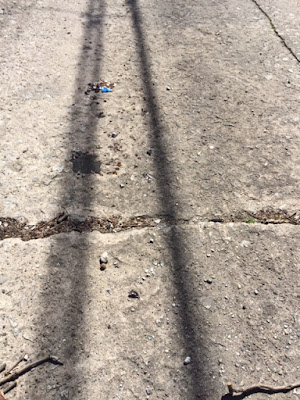 I hope that our new mayor will give them the sack. This is just one bad piece of a recycling program that's overdue for a major overhaul.
Posted by Fargo at 8:37 PM