Choices, choices.... What do you want to do on Saturday? You could get on your bike and join one of the groups that's riding to Big Marsh.

Big Marsh Convergence has several starting points for large groups to ride to the park. I'm thinking of riding over to either the Pullman Porter Museum or Arcade Park in Pullman to meet up with one of the groups. There are additional meet-up locations in Hegewisch, East Side and Riverdale. The scheduled meet-up time is 10:30 a.m. Click here for more details.

If you've been curious about the park but have never been there, it features  a bike area with a variety of tracks and jumps and a large nature area.

Looking for something fun to do on Thursday night? Come on down to the Frunchroom - part of an ongoing reading series happening at Beverly Arts Center. 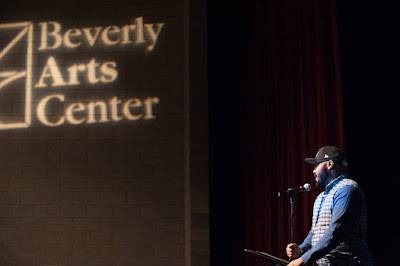 One of the featured readers on Thursday is David Daruszka, a retired railroad engineer with lots of stories to tell.

A bike themed mix in honor of tonight's bike race in the neighborhood.

and then there were 5, no make that 4, dockless bike share companies

If you've been following bike share in the area in recent weeks, you may have noticed a few changes. For several weeks, we had bikes available from LimeBike, Pace and Ofo. Jump and HOPR/Bike and Roll got into the mix - making a total of 5 brands of dockless bikes, each with its own app and slightly different terms.

Due to the city sticking to its low mandated limits on the number of bikes the company could put out on the streets, Ofo picked up its bikes and went home. Meanwhile LimeBike, which has the same low mandated limit of 50 bikes, is still pushing to stay.

Jump started putting its bikes out on the streets just over a week ago, increasing to 350 bikes in the coming weeks.

Also, Pace is looking for locations to install its own racks, which can be used with their bikes or other bikes. They're increasing the number of their bikes available from 250 to 350, under the terms of the city's pilot program.

Things are definitely getting interesting.  I'm curious to see what the big picture looks like for dockless bike share in Chicago when November comes around.
Posted by Fargo at 6:57 AM No comments:

Bikes and Brews is happening at a new location - festival with food and drink at St. Barnabas, with a race course on Longwood, 102nd, Seeley and 100th. See you there. 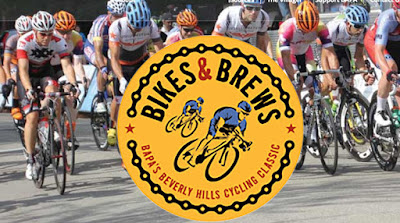 Get a taste of Ry Cooder's newest work. I love his guitar sound.

Friends of the Major Taylor Trail meeting on Mon. 7/16

If you're interested learning more about future events and helping to work for better conditions on the Major Taylor Trail, please join us on Monday night (7/16, 7 to 8:30 pm) at Ridge Park fieldhouse.

https://www.thechainlink.org/events/friends-of-the-major-taylor-trail-meeting-439
Posted by Fargo at 6:53 AM No comments:

Bikes and Brews is happening at a new location - festival at St. Barnabas, with a race course on Longwood, 102nd, Seeley and 100th. See you there.

save the date - Chicago Shakespeare at Ridge Park on Tues. 8/14

Chicago Shakespeare will be coming to Ridge Park on Tuesday 8/14. The play starts at 6:30 pm.