Beverly Improvement Association (BIA) is having a short bike ride along the Major Taylor Trail.  You can enjoy a bit of fall color along the north end of the trail (91st St. to 81st St. and back, about 2.5 miles). Chicago Police will attend. This section of the trail has a stoplight for its only street crossing (87th St. at Damen) so it's okay for younger children on smaller bikes. Paul Weise from Beverly Bike and Ski will offer minor tune-ups. Light refreshments will be provided by.

Night out with Nosferatu

There's spooky fun to be found at Trinity United Methodist Church (99th and Winchester) on Friday 10/30.  They will be showing Nosferatu (classic 1922 silent film) with live organ accompaniment, starting at 6:00 p.m.

There will be activities to entertain kids during the movie.  If you have young children who might be more interested in playtime than the movie, it's a good idea to mention the number of children and their ages when making a reservation, so that folks running the event can plan accordingly.

It's an event that many of us can walk or bike to. There are bike racks by the sidewalk along the north side of the church.

Reservations will be accepted thru Thursday morning via email to churchum@sbcglobal.net.
Posted by Fargo at 9:30 AM No comments:

today's bike ride is on!

It looks like the chance of rain is slight, so let's ride!

Bring the kiddies to 95th & Longwood for some tricks and treats.
Posted by Fargo at 8:09 PM No comments:

Fingers crossed, hoping the weather is reasonable tomorrow morning.  If it's only mist/light rain and looks unlikely to get heavier, we will still meet and ride.  If not, the ride will be postponed.

Two takes on the same song.

I got an email alert tonight about Metra construction. We'll see if they actually get asphalt down over the weekend, or if they're delayed like they were with the start of the whole project.  Here's the scoop:

"Due to platform rehabilitation, the south half of the inbound platform will be temporarily out of service beginning Monday, October 26th for approximately two weeks. Customers are advised to cross over at 95th road crossing to the outbound platform and walk down to the cross walk to the in-service portion of the inbound platform to board your train. Metra apologizes for any inconvenience and appreciates your patience as we make these station improvements. To ensure a safe boarding, please allow yourself additional time."

From a passenger perspective, nothing has really changed. Both inbound and outbound platforms have been under construction since 8/31 and are still only able to handle half the cars on any train. I'm starting to wonder if Metra actually wants to lay down any asphalt before winter.

FYI, though Metra normally has construction alerts on their home page, they have NEVER posted any information about the 95th St. construction on their web site. Anyone who is not riding the train regularly may be caught by surprise. It would be nice if they would at least put a construction alert for this project online so people can be informed before they get to the station.

Want to complain?  Go for it! Here's the appropriate contact info.
Posted by Fargo at 9:17 PM No comments:

Join a group of neighborhood residents for a bike ride this Saturday 10/24. Our start location is Ridge Park,  at the southwest corner of parking lot. The route will be about 9 miles at an easy pace, with some stops along the way. 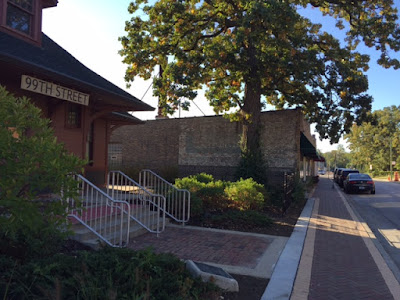 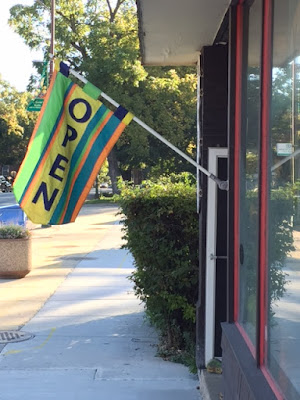 Our destination: a visit to a favorite neighborhood business: Original Rainbow Cone. 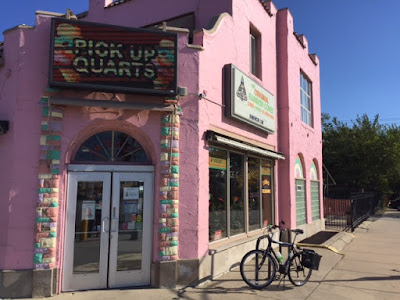 Friends of the Major Taylor Trail meeting on Wed. 10/21

For those who aren't familiar with our group and what we do, we are a non-profit advocacy group working to improve and maintain the Major Taylor Trail and promote its use. We have an active working relationship with the Chicago Park District, Forest Preserve District of Cook County and other non-profits and government agencies. We organize volunteer workdays, bike rides and other events.

We'd love to have your ideas and help with future events and projects. Please join us! Everyone is welcome.

As some of you may be aware, half of the outbound platform (west side) at 95th St. station has been torn up and under construction for a while now, so only 3 cars are opening on that platform to let passengers on and off the train.

Today the conductor made an announcement that, starting Monday 8/31, almost all of the inbound platform will also be torn up. Only the 95th St. end (south end - near the station house) will be available for boarding. If the normal number of people are getting on the train there, expect delays.

If it's feasible, you may want to consider using another station (99th or 91st) for a while.

Don't bother looking for this info on the Metra web site. It's not there. I guess they don't think we matter.
Posted by Fargo at 9:52 AM No comments:

Do you ride your bike to the 99th St. Metra station and have trouble finding a spot to lock it up?  Or would you like to be able to ride there but regularly arrive too late to get a spot?

Riding to the train has become increasingly popular. The big rack at 100th and Walden fills up pretty much every weekday, so at least a few bikes get locked up to railings or sucker poles nearby.

It will be a while before the streetscape project is done, so we might not see any additional bike racks along 99th before the snow flies.

Would you like to improve our chances of getting more bike parking there so that more folks can ride to the train?  Go to this CDOT bike rack request (already in the system), click SUPPORT to show your support for this request, and add a comment if you like. Thank you for your support.
Posted by Fargo at 9:00 AM No comments:

Little Free Libraries in the neighborhood

In my travels around the neighborhood, I've noticed a nice surprise in recent months: a few new Little Free Libraries.  If you're not familiar with the idea, it's a post-mounted box that an individual or organization can install near the sidewalk where you can take a book or leave one for others - a DIY community library. I first saw these in Portland, OR a few years ago and thought it was a great idea.

Here's a map of nearby locations. A few of them don't seem to be on the map yet, so we have more than what is shown here, including one in north Beverly. Where have you seen Little Free Libraries in the neighborhood? Have you tried it yet?
Posted by Fargo at 9:56 AM 1 comment: